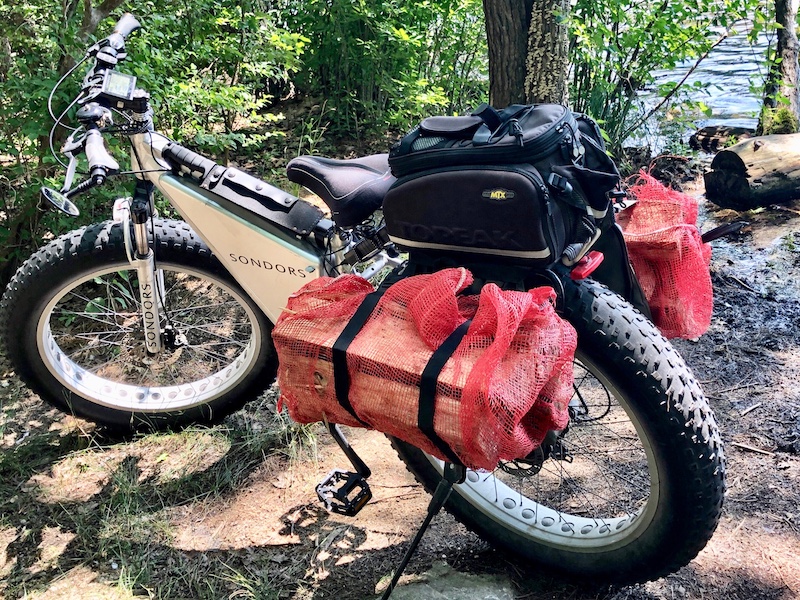 Not a dirt bike or dual sport, but a rugged ebike that’ll go anywhere I’ve needed over the last couple years. It’s made by Sondors (no affiliation) and is called the Sondors X.

I can easily put it into the back of the van by myself without a ramp. A lot less to go wrong, too; extremely low-maintenance. Can charge it up right from my trailer’s deep cycle batts and inverter.

I ride the hell out of this thing in the desert, in the snow, on the beaches, and in the woods. Great and easy city bike, too, that you can ride up over curbs into parks, lock up on a sidewalk outside a store, go a lot of places you can’t with a gas bike.

I bought it mainly as backup/rescue vehicle in case my van breaks down, so I could ride out literally in a tenth of the time I could walk out. Critical in the desert.

Then I realized how great a scout vehicle it is, especially when traveling solo. I pop the bike out, ride several miles ahead to see if I can make it with van and trailer. Also realized how much of a pack mule it is and have hauled groceries (I have a fold out milk-crate sized basket that fits the rear rack), loads of firewood as seen below, hauled trash, etc. 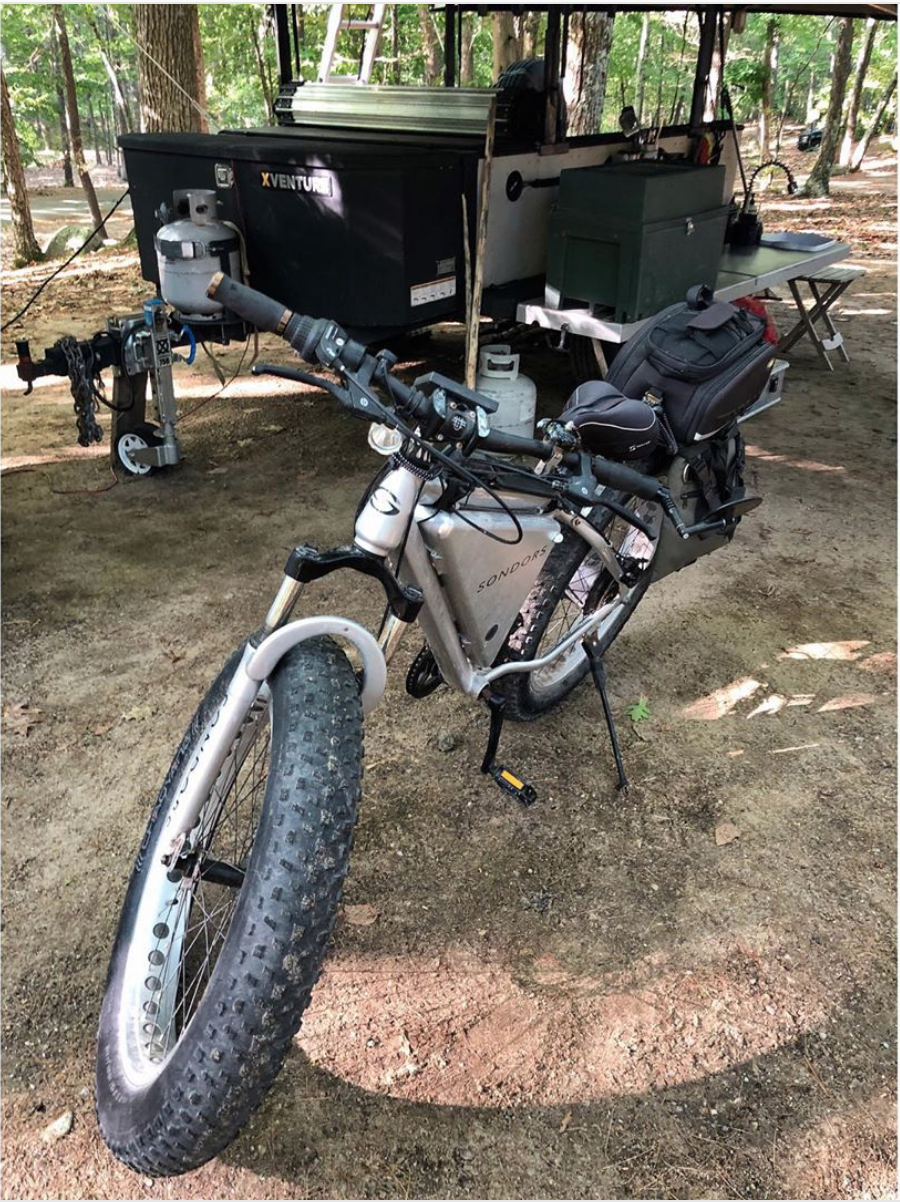 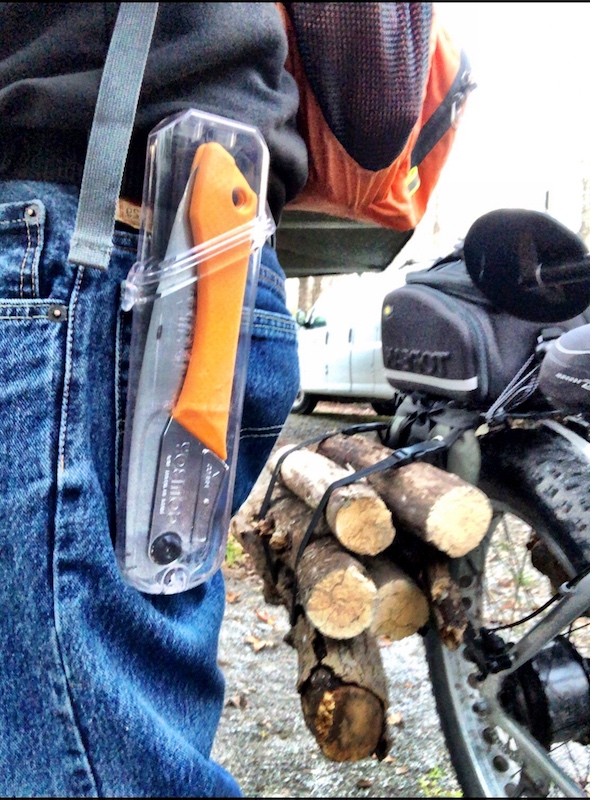 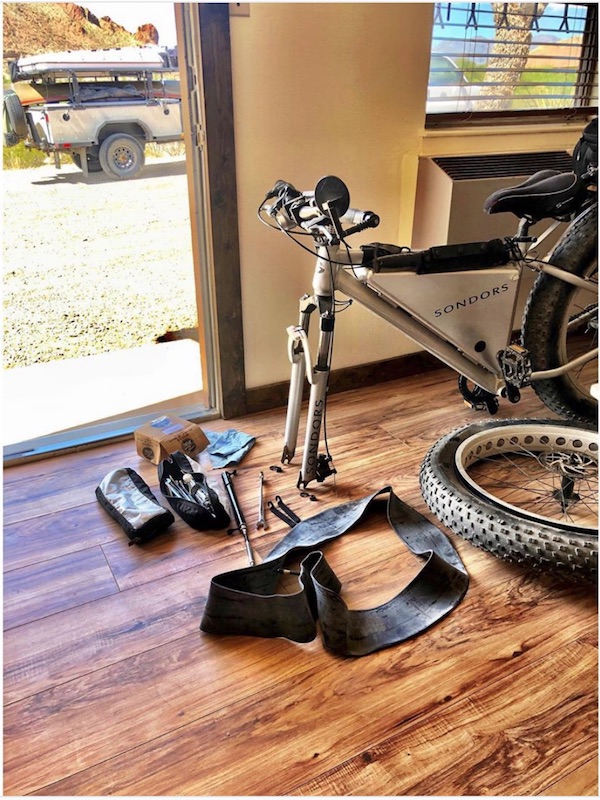 I realize the appeal of being able to tear around and go faster on a gas-fueled dirtbike, and have ridden myself in the past, though for overall adventuring, backcountry trails, and travel cross-country in general, I ride and use this way more than I would a regular dirtbike, especially ’cause it’s so quiet.

I usually loosen and turn the handlebars sideways if I’m going to leave it in there long.

This bike goes with me everywhere, on every adventure, urban or backcountry.

Honestly one of the two best investments I’ve made for adventuring. The other is my trailer.