You are here: Home / Archives for back country 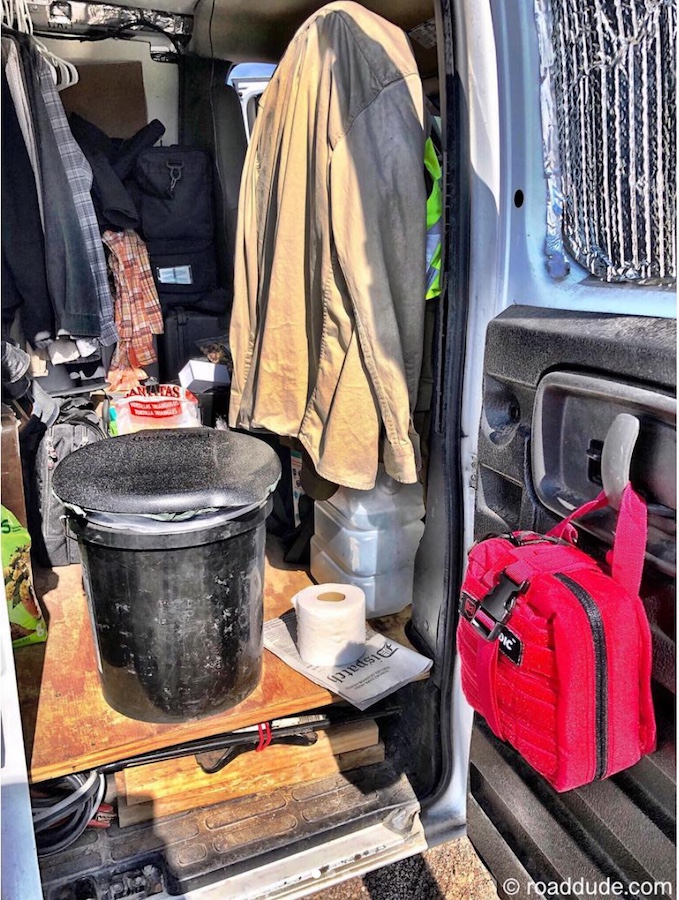 More and more backcountry camping spots are discouraging or forbidding the digging of catholes. FTWDK, catholes are for squatting over. They should be at *least* six inches deep, seventy-five feet from any trail, and at least two-hundred feet away from any water or camp.

Social media has increased the visitation to backcountry and off-grid places at a rate seven times the increase in population. SEVEN TIMES, according to a study done in Seattle about Mt Rainier NP.

Contrary to what some overland sites preach, it is NOT the ‘increase in population, so get used to it, it’s inevitable’ type mentality we should believe.

Many folks that go to a specific spot they’ve seen online or read about on a forum giving exact coordinates are far from prepared. Even those who call themselves overlanders.

Over the last few years I’ve been to dozens of remote sites down single lane dirt roads, miles from any pavement. Some have a toilet building of some sort within walking distance or near the beginning of the road. Most don’t.

I’ve seen human waste and desert blossoms (used toilet paper stuck to the ground or cacti) in almost every spot. Often within a 15-20’ radius of camp where people cook and sit by a fire. Often WITHIN SIGHT of the composting toilet building set up to reduce this kind of humanshit. Multiple piles. Multiple blossoms.

If you’re going to some ‘for the gram’ type spot, whether camping overnight or day-hiking, be prepared. Prepared to pack out what you brought in. You should not have to leave anything behind.

The best and most compostable solution is to make your own composting bucket. You can get comfortable seats that snap right on.

The trick to eliminating odor and being able to use the bucket for a month or more before emptying is keeping solids and liquids separate. Use peat moss or coco fiber for solids. Use a jug for liquids. Empty liquid soap dispensers work well; just cut out the inner spout. Use ziplocks for used paper or use toilet paper meant for Marine, RV, or septic systems if putting it in the bucket. Pack it all back out. Dispose of it in proper fashion.

It’s not that difficult. It doesn’t stink. It’s not inconvenient.

Here’s how to put together A Simple Composting Toilet.

Already ordered? I make and ship masks every day. Shippers tell me “We’re doing our best!” in regards to delayed shipments. Occasional updates at @roaddude