You are here: Home / Archives for greek chili 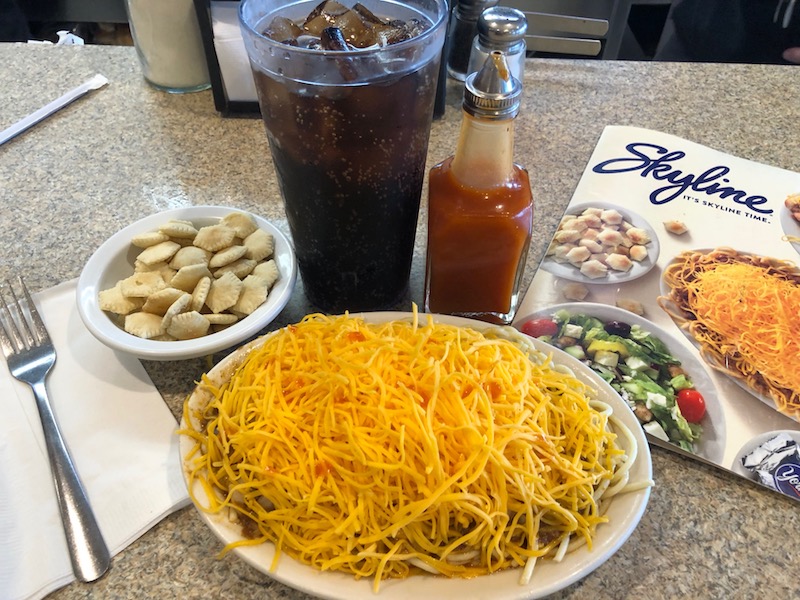 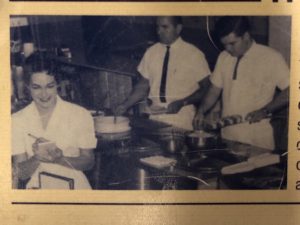 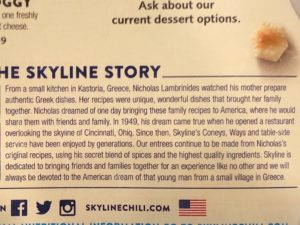 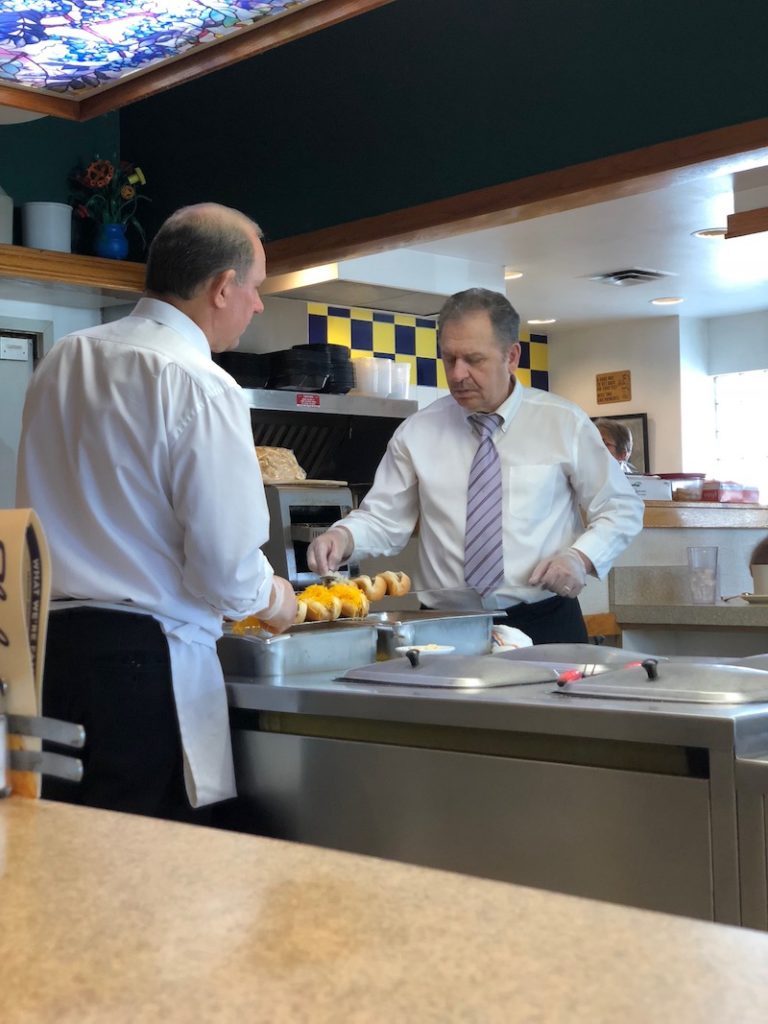 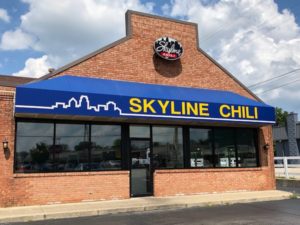 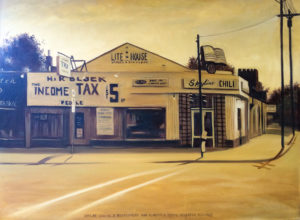 When I was a teen, every once in awhile I’d stop into a Chili parlor in downtown Cincinnati. I was fascinated by the Greek men sitting in the back corner, all wearing white shirts and ties and reading Greek newspapers.

They cooked up and served a spicy Greek meat sauce over spaghetti topped with onions and cheese and, if you wanted, red kidney beans. They served tiny hot dogs in steamed buns, too, with meat sauce, mustard, onions and shredded cheddar cheese. Cheese Coneys.

I grew up in Europe, and to see a group of people sitting together reading  foreign papers and speaking a foreign tongue in Cincinnati felt familiar and comforting.

There are a ton of Skyline Chili locations now, centered around SW Ohio with a growing number in other states, but the one I like to go to still has men who prepare your order wearing white shirts and ties.

The two men in the color image have been working at this location for as long as I can remember.

This Skyline Chili is a stand-out location when compared to all others.

This location was the second one for George Chantilas, who opened his first—the third Skyline in all of Cincinnati—at the corner of Plainfield and Montgomery.

My friends and I used to stop in at his first location in the sixties and in the years since I have gone to his new location many times, being my Skyline Chili Parlor of choice to bring family and friends whenever I’m in town.

As he grew older, George would sit back in the corner, holding court, watching everything, and overseeing his store. His son, and I think daughter, have their own locations.

George was a Skyline Chili pioneer around Cincinnati, much loved and much respected. 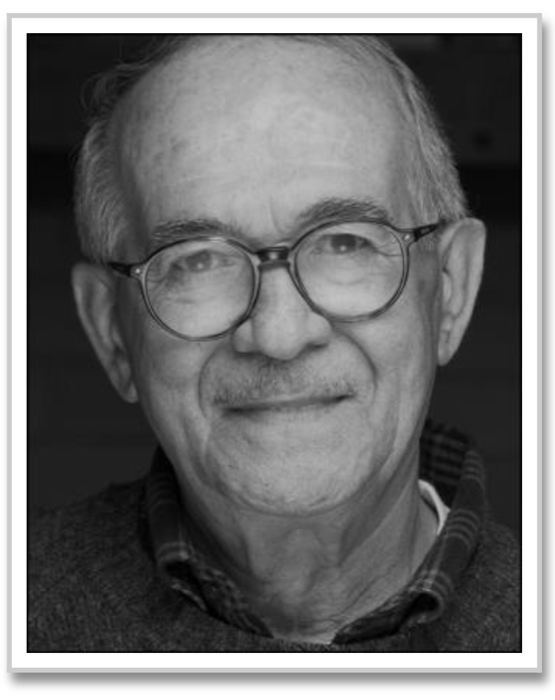 Rest In Peace, George. You were a touchstone for so many people. 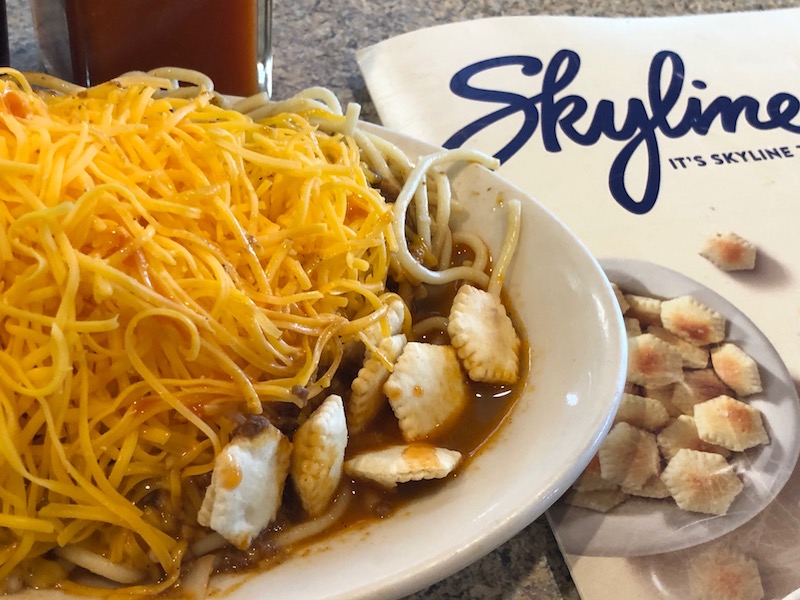 During The Big Pause of 2020-21, however, it was about making quality cloth & fabric face masks and face coverings for the public. Every mask purchased enabled more to be made for donations.

I made, sold, and donated thousands, as far away as Sudan.

Kudos from Customers for Face Masks I made, sold, and donated throughout the pandemic: